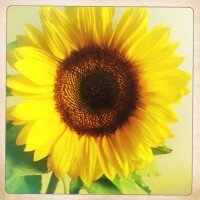 Hypnosis can be such a simple process, and the mechanics of why it works can be explained and understood in an uncomplicated manner too. It works because it is goal-orientated. A person has a goal, they explain their goal to the hypnotist/ hypnotherapist. He/she induces them by various methods to enter a ‘hypnotic’ state. This state has degrees of depth. Depending on multiple variables the client can be in a shallow bath or the deepest ocean trench.

The hypnotic state is very natural and pleasant experience too by the way. While in this state, the subjects subconscious mind becomes receptive to the jettisoning of old unwanted patterns and thinking, and the reprogramming of new positive patterns. This is achieved by verbal suggestion, some times metaphorical or direct. It sounds too simple doesn’t it? Yet it works so well for so many people, with so many different issues. I want to relay 2 separate accounts of how powerful and profound this therapy can be. Both stories are about blood, the molecular health of the human being.

A few years ago in a rural area in the state of Victoria, a lady was stacking her supply of fire wood, that had been lying in the elements seasoning for months. As she lifted one of the last pieces of wood a highly venomous eastern brown snake lay waiting underneath. The snake attacked her. These snakes make rapid multiple strikes. It bit her several times from the hand, all the way up the arm and the neck. She staggered back to her house and alerted her husband, telling him what had happened and what type of snake it was. She was rushed to the nearest ICU and given anti venom that saved her life. While she recovered in hospital, blood tests were being made. She wasn’t out of the woods yet! The anti venom had worked but this wild snake that fed of rodents etc. had some nasty bacteria in its fangs. This bacteria was highly virulent, and the ladies immune system couldn’t cope.

Her body had stopped producing white blood cells. She was dying. The symptoms were much the same as terminal leukaemia. But she had some fight left in her. Her goal was plain and simple, to survive and live. Some how in their choice of options, hypnosis was on the table. Some how and luckily they found a good hypnotist, Rick Collingwood. The lady was induced into a hypnotic state, this is where the hypnotist can engage with the subjects subconscious mind and almost by proxy suggest, or in this case ‘instruct’ the immune system to start producing white blood cells again. By all accounts the subject started to steadily recover, when her next blood tests were taken the pathology staff couldn’t believe the results. She had more hypnotherapy and more blood tests, she’s still alive today and has also trained in hypnosis and hypnotherapy.