Home / Blog / The Hulk
The Hulk 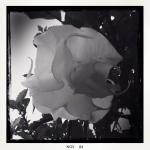 How we get stuck in unhelpful patterns.

I recently saw a young man who was having some relationship difficulties. He is intelligent, happy, well disposed, good looking and successful, as is his partner. The relationship is several years old and generally a good one, but there was an issue and he knew it stemmed from his behaviour and he took responsibility for it. He also wanted to change the situation to save and improve the long term prospects of their relationship.
The issue that he wanted to address was his behaviour and his methods of getting what he wanted in the relationship.

This was a reoccurring issue and his partner was at the end of her tether because he would always behave badly and manipulate her and the situation until he got his way.
The current example was a long awaited overseas holiday that they were both looking forward to. He wanted to go to the States and she wanted to go to Europe. Not a life of death issue but it was the latest example of an unpleasant drama that usually ended with him getting his own way and his partner biting her lip and conceding to his will. She’d had enough and wasn’t playing ball any more; push had come to shove.
His method to achieve what he wanted in the relationship and in his career was to wear the other person down, defeat their will in a persistent and relentless manner. The thing was that his method worked and he got results but, it may be acceptable in a work environment but not in a long term relationship where each person was meant to be on an equal footing.
After a lengthy discussion he concluded that he had ‘always’ (that’s how he remembers it) been like this and didn’t know when it started or how to change his ways.

How he moved forward with time line hypnotherapy

The hypnotherapy was based on time line work, it’s very simple, it doesn’t take that long and it’s very effective.
The client is put into a hypnotic state and then assisted in going back in time (regressing) to his early childhood, in this case about 8 years old. We found the exact time of the beginning of behavioural issue simply by asking his sub conscious mind to find it. This is possible because our sub or unconscious mind remember absolutely every thing and time isn’t a factor for the recall for the subconscious mind.
It was an innocuous and amusing incident that was the start of this clients troublesome behaviour. His mother was a nurse, she had just finished a hellish 18 hour shift and picked her 8 year old son (the client) up from school. On the way home they stopped at the local shops so Mum could buy some groceries for the families evening meal. The boy (our client) asked if he could look in the toy shop while Mum went for the groceries, she agreed because she was exhausted.

When she came into the toy shop to collect him he was completely engrossed with a toy model of the famous HULK Marvel character, he was asked to put it back on the shelf and leave the shop to go home. But that’s not what happened, he had a tantrum, yelled, cried and then did the ‘dying fly’ routine on the floor of the toy shop. Poor old Mum was desperate to get home and thoroughly exhausted, she made one last half hearted effort to drag him away, but the ‘dying fly’ could keep this up for much longer than she could bare. She caved in and bought the HULK for him.
This was the beginning, this was a behavioural lesson learnt by an 8 year old boy, to make a fuss, to make a scene, to keep going and eventually you’ll get what you want- a HULK toy (or a holiday to the States 33 years later).

In the time line therapy session his subconscious was able to pinpoint the exact moment of this patterns evolution and when he came back to the present moment, due to a post hypnotic suggestion instructing the subconscious to communicate with the conscious mind after the session to share the resource, knowledge and information gathered during the time line regression, he was able to understand himself in a far more objective way. He was able to see what he was doing and why.
This learning and self knowledge enabled him to change the way he interacted and negotiated with his partner and it was the beginning of a new chapter in their relationship.

There are many tools and strategies that can be used in hypnosis, hypnotherapy and NLP. In this case a 33 year old pattern was identified and then the clients behaviour modified with 3 sessions. That’s fast!

As you are all no doubt aware, our world has changed & we can adapt.

Like you, I am concerned about the impact on our community. I am going to continue providing my services. I am still operating face to face, following the government guidelines of safe practice, such as 1.5m apart, wiping down surfaces before & after visits, no physical contact, washing hands etc. Plus, no one to attend sessions if they're sick, or showing any of the symptoms or have been overseas or interstate within the last 14 days.

There is also the option of online sessions. I have regularly used this method over the Zoom app platform for overseas, interstate & disabled clients very successfully.

On the flip side, if you feel like you would like to spend time meeting online to work on an issue, you can book in for a session.

So, scheduled appointments will continue unless I'm advised otherwise by you. There is never any judgement from me.