How Smell And Memory Is Used In Hypnotherapy 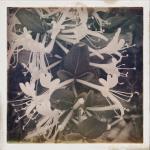 Generally the sense of smell is one of the 5 senses that a lot of humans have lost to a certain degree. This is since so many humans have a major disconnect with nature and natural living. Plus if someone smokes they usually lose a huge percentage of their ability. All other mammals, birds, reptiles and insects rely on smell for their very survival.

But even so, smells can bring on a flood of memories. It can and does influence people’s moods and even affect their work performance. Because the olfactory bulb is part of the brain’s limbic system, an area so closely associated with memory and feeling it’s sometimes called the “emotional brain,” smell can call up memories and powerful responses almost instantaneously.
The olfactory bulb has intimate access to the amygdala, which processes emotion, and the hippocampus, which is responsible for associative learning. Despite the tight wiring, however, smells would not trigger memories if it weren’t for conditioned responses. When you first smell a new scent, you link it to an event, a person, a thing or even a moment. Your brain forges a link between the smell and a memory associating the smell of freshly cut grass with summers, or garlic cooking with some amazing meal. When you encounter the smell again, the link is already there, ready to elicit a memory or a mood. Garlic might call up a specific food experience related memory or simply make you feel hungry. Cut grass might make you feel optimistic and happy without your knowing why. This is part of the reason why not everyone likes the same smells.
Because we encounter most new odours in our youth, smells often call up childhood memories. But we actually begin making associations between smell and emotion before we’re even born. Infants who were exposed to alcohol, cigarette smoke or garlic in the womb show a preference for the smells. To them, the smells that might upset other babies seem normal or even comforting.
There’s a company in the UK that produces smells and odours and when I contacted the company the representative told me that one of their smells is used in shopping malls, as it’s scientifically proven that people spend more money with that particular smell. I use one of their products in my virtual gastric band procedure. It’s the smell of hospitals/clinics and when used subtly and at the right moment it helps reenforce the clients experience whilst in hypnosis, when the suggestions are made that they are visiting the hospital and undergoing the gastric band procedure. After the first session (of four), over 75% of the clients are satisfied on much smaller amounts and their subconscious is convinced that they actually have band fitted and they can’t eat more than a small portion of food.
So even though us humans have lost a certain amount of olfactory acuity we are still strongly influenced by the world of smells.