I didn’t recognise myself anymore. How Mary lost 20 kilos. 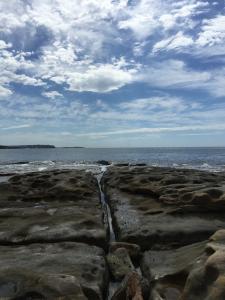 “Hi Tim, just wanted to let you know that I have lost my first 20kgs and this in under 5 months.
Thanks for the great help”.

I first saw Mary in July 2014, she like many of us has may roles to play in her life. In her career she has a senior role in the state school system, a mother of 2 school aged children, a wife and more. She is also an accomplished black belt in karate and had been involved in this martial art for over 20 years including competitions and coaching children.

In a sparring session of karate she badly damaged ligaments and tendons in one of her legs. And in her ‘warrior’ mind set she chose to ignore the pain and advice of doctors and the physiotherapist a like and to continue with her training.
Ignoring the medical advice and ignoring the signs of the Universe to slow down and repair she became virtually disabled with the leg injuries.

Defeated by these circumstances and fitted with a high tech leg brace, with the medical experts threat that the leg brace may have to be a permanent aide, she started succumbing to a psychological depression.
The depression was addressed with medication at the behest of her doctor.
And with this culmination of events she also self medicated as many people do with eating for comfort. This series of events lead to a descending spiral, this once athletic lady, an over achiever, positive role model and so on, slid into a new role that she would never have thought could happen to her.

She started to eat with a vengeance and all the wrong things too. Craving sugar, carbohydrates and stodge, combined with no exercise the results were inevitable………….rapid weight gain. This exacerbated the physical damage and within a year or so she had gained 30 kilos. She didn’t recognise her self and she didn’t know what to do. Her doctor suggested a gastric band or sleeve, but when she did the research on this option she knew it would slow her down even more and she’s have to undergo the surgery and then recuperate after and she didn’t like the prognosis.

She decided to search for some alternatives and to cut to the chase she discovered that there is a virtual gastric band procedure. Even though there’s plenty of recorded evidence of the success of this program she was still sceptical. But some how she ended up at my Hypnotherapy Sydney clinic and after asking some questions to understand better the mainly misunderstood world of hypnosis and hypnotherapy she decided to commit and to make every effort to turn her situation around.

Even with her healthy scepticism, she made a commitment to embrace the whole program 110%. Every week she would hobble to my clinic and receive the hypnotherapy. She also complied with all the home study work as well.
And in 5 months, as her recent text message to me states, she is 70% of the way to her optimum weight. The leg is repairing well too, especially as she has less weight to carry. She’s on her way! Happy on 3 small meals a day, she’s also ditched her sugar addiction which is an additional bonus that I offer to all of my clients and it’s included in the price.

Any one with weight issues can achieve similar goals, just 4 sessions plus completion of the home studies including listening to the support audio MP3.
Also if you follow the dietary suggestions I offer that can be found in the book The Science Of Thin by Alistair Horscroft  , the whole process is accelerated. Don’t forget, to lose weight it’s 80% diet- 20% exercise.

Hypnosis is a fast, safe and a natural way to access your own resources to achieve goals.

As you are all no doubt aware, our world has changed & we can adapt.

Like you, I am concerned about the impact on our community. I am going to continue providing my services. I am still operating face to face, following the government guidelines of safe practice, such as 1.5m apart, wiping down surfaces before & after visits, no physical contact, washing hands etc. Plus, no one to attend sessions if they're sick, or showing any of the symptoms or have been overseas or interstate within the last 14 days.

There is also the option of online sessions & I want to offer 10% discount for this option. I have regularly used this method over the Zoom app platform for overseas, interstate & disabled clients very successfully.

On the flip side, if you're feeling like you would like to spend time meeting online to work on an issue, you can book in for a session.

So, scheduled appointments will continue unless I'm advised otherwise by you. There is never any judgement from me.